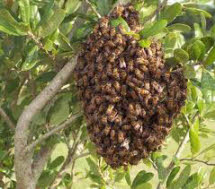 The Olive Table’s Greek honey is raw and 100% natural. Raw honey has not been filtered, heat-treated or processed in any way. Honey contains small amounts of enzymes which enable many of the processes and reactions in the body, and which also make honey a unique and healthy sweetener. Excessive heat such as that used during pasteurization will destroy the honey’s beneficial enzymes.

Raw honey is a natural sweetener containing antioxidant properties. It is also free of fat and cholesterol. Honey is comprised of natural sugar (most flower honey contains about 80% sugar, mostly fructose and glucose), water (the less water content the honey has, the better the quality of honey), minerals, vitamins, pollen and protein. Not only could honey’s antioxidants help to eliminate free radicals in the body, they are also part of the nutrient supply for growth of new tissue. That’s what makes honey an ideal addition to beauty treatments for the skin!

aw honey helps maintain health and energy: not only is honey a great energy booster, but it is said that honey helps strengthen the immune system and acts as a natural remedy for many ailments. For thousands of years numerous cultures have used honey not only as a healthy food but also for its medicinal value. The use of honey as a natural medicine to treat a wide variety of ailments has been well understood in folk medicine and ancient cultures, and researchers began to document the healing properties of honey in the early part of the 20th century. With the recent development of resistance to antibiotics, there has been a renewed interest in the healing properties of honey.

Honey is a natural source of carbohydrates which provide strength and energy to our bodies. The glucose in honey is absorbed by the body quickly and gives an immediate energy boost, while the fructose is absorbed more slowly and provides sustained energy and endurance. Honey has also been found to keep levels of blood sugar fairly constant compared to other types of sugar. Due to its glycemic index, which is lower than that of sugar, honey does not raise blood sugar levels as quickly. (The glycemic index is a measure of how a food raises your blood sugar and insulin – the higher the score, the greater the increase.) 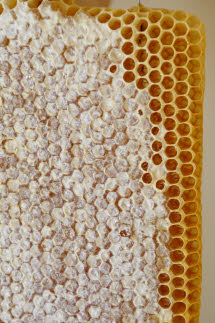 Raw, unfiltered raw honey is sometimes characterized by fine textured crystals and often looks cloudier than pasteurized honey. It can also contain harmless particles of bee pollen and honeycomb bits. Raw honey will generally crystallize to a thick consistency after a few months. The Olive Table’s Fir of Vytina and Pine Honey are exceptionally low in total sugar content (about 30-35% and 50-55%, respectively). As a result, Fir honey never crystallizes and Pine is resistant to crystallization, sometimes taking up to two years before crystallization occurs.

And remember, honey does not spoil due to its unique chemical composition – low water content, relatively high acidity levels, and small amounts of naturally occurring hydrogen peroxide –which creates an environment unfavorable for the growth of bacteria and other micro-organisms. Due to its antimicrobial properties, honey acts as an antiseptic and can even be used as a treatment for minor cuts, scrapes and burns.

Because honey does not spoil, it does not require refrigeration after opening. Refrigeration will only serve to hasten the crystallization process. Should your honey crystallize, you can use it as a spread (like jam or peanut butter) or you can return it to a liquid state by placing the jar in hot water (not boiling!) or placing the jar on or near a heat register until the honey returns to its original state.

It’s easy to make honey part of your everyday diet:

• Enjoy it as part of a healthy breakfast by drizzling over Greek yogurt and granola, or spread it on toast, waffles or popovers. Even when crystallized, honey can be used as a spread on toast or warm baked goods, or dissolved in hot coffee or tea. 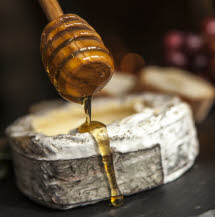 • Have a teaspoon as an afternoon energy booster, or before a workout for sustained energy and endurance.

• Serve as an appetizer or as an after-dinner course by pairing it with your favorite cheeses. Go to Our Honey page for recommendations on honey-cheese pairings.

• Drizzle it over a salad of mesclun, pears or roasted figs, candied pecans and crumbled feta or blue cheese.

• Cut figs in half, drizzle with honey, roast at 350 degrees for 20 minutes, then place on a bed of greens with a round of young goat cheese. Drizzle salad with The Olive Table Extra Virgin Olive Oil. 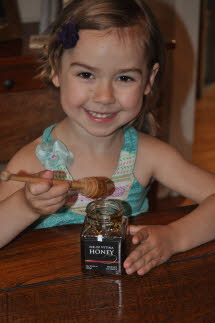 Honey is a traditional Greek product and one of the country’s top exports. Along with olive oil, it is one of the staples of the Greek diet. Greece produces well over 12,000 metric tons of honey every year, most of which is exported.

There is a wide variety of exceptional and unique honey produced in Greece due to the rich and varied flora found there. One of the greatest pleasures in using honey is sampling the different varieties, and then taking advantage of their unique tastes and distinct flavors to pair each variety with various kinds of foods.

The Olive Table has chosen four of the most unique and pleasing types of Greek honey to bring to you: Fir of Vytina, Pine, Reiki (Mediterranean Heather) and Orange Blossom.

Read more about each variety on Our Honey page, or go directly to Products to begin shopping!